In this blog piece Eurofound Research Officer Daniel Molinuevo looks at the changes in care home provision for older Europeans since the economic crisis, and the rising importance of long-term care from both a social and economic perspective.

As Europe ages, it is increasingly vital to know how the demand for long-term care services is going to be met – and paid for. According to the latest Ageing in Europe report, by 2060 public expenditure in long-term care will have proportionately increased to a greater extent than expenditure on pensions or healthcare.

The question of whether health and social services are delivered by public or private providers is one of the most sensitive topics in politics, frequently becoming a focus of election campaigns. Given the disparate and often conflicting views that this subject elicits, independent and robust evidence that can be used to guide policy makers documenting the differences between public and private providers is vital. This is particularly the case in terms of the services that they provide: the key issue for service users.

Studies linking ownership and service delivery are relatively abundant for other services (see for example those included in Eurofound’s report on public and private hospitals) but in the case of care homes for the elderly they are few in number. To help widen the knowledge base, Eurofound has brought together studies in several European languages to help identify common patterns across countries. In some countries, private care homes provide fewer specialist medical services than public care homes. There are also differences in the location of different types of care homes, with private care homes more likely to be found in affluent urban areas. In most countries where information about staff-to-resident ratios was available, there were more staff per resident in public care homes.

Not only is it difficult to get a sense of the differences between public and private homes, it is also difficult to gauge overall numbers – at the moment Eurostat has no data on this. So we don’t know whether nursing homes and residential care units are increasingly becoming a business as a result of the gap left by the cuts in public services during and after the crisis. The lack of such data is remarkable given the increasing importance of long-term care on the policy agenda. The 2018 Annual Growth Survey reinforces the need to carry out reforms of long-term care to enhance cost-effectiveness, ensure fiscal sustainability and ensure quality, affordable access . In recent years, the Country Specific Recommendations (CSRs) have also repeatedly emphasized the need to contain costs in long-term care in order to ensure sustainability 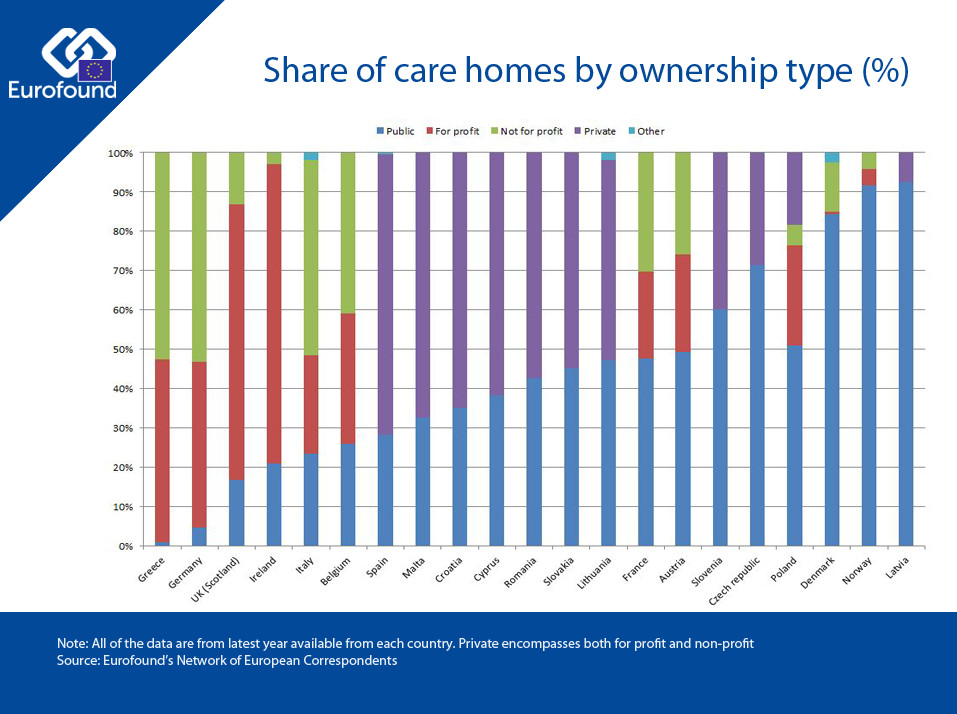 In a context of diversified provision, growing demands for formal care and concerns about its sustainability, the debate about the merits of public and private provision is becoming the elephant in the room. To have a true debate that goes beyond ideological standpoints and therefore promotes smart reforms, it is essential that the data and studies in this report form the basis for common definitions of public, private for profit and not for profit care homes. The studies included in this report about differences in service delivery can also underpin the strategy for the provision of high quality care to support Europe’s ever-increasing elderly population. 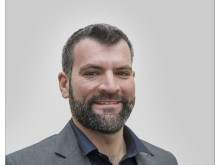 Daniel Molinuevo is a research officer in the Living Conditions and Quality of Life unit since June 2010. Prior to his appointment, Daniel worked in a... Show more 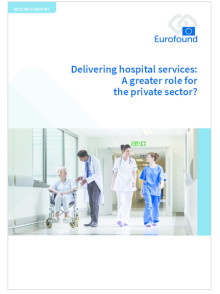 A new report from Eurofound, Delivering hospital services: A greater role for the private sector? examines the impact of private sector involvement in hospitals in terms of quality, efficiency and accessibility of services.

​Eurofound’s new report​ ​Care homes for older Europeans: Public, private and not-for-profit providers is the most comprehensive exercise to date to gather all available data across Member States. The report provides a picture of the quality, accessibility and efficiency of services.