Much of the discussion on the future of work is focused on globalisation and technology, and their impacts on the labour market. However, there is also a growing interest in the business models used by cooperatives and social enterprises, and how they can contribute to a better future of work. Eurofound’s research shows that cooperatives and social enterprises are resilient organisations with an interest in creating good quality jobs and making a positive contribution to the labour market.

Even though there are over 4.7 million employees and 9 million producer-members in European cooperatives, there was, at best, limited information about job quality in these organisations in the EU. In 2018, Eurofound undertook detailed research to find out what it is like to work in these types of organisations. We interviewed managers and workers in selected cooperatives and social enterprises. Workers were asked about balancing work and family commitments, satisfaction with pay, job security and other aspects of their working lives.

We found that a large majority of respondents in cooperatives and social enterprises feel that their working hours fit with their family and other commitments outside work. Compared to other organisations, they feel that their hours were ‘better’ or ‘much better’ and very few said they were ‘worse’ or ‘much worse’. In general, organisations provided their employees the flexibility to deal with personal issues and attend family events, with some managers specifically framing good work–life balance practices as a way of attracting the most suitable and talented workers to their organisation.

‘There are times when one has to stay longer, but usually there is no need to work overtime... if this is the case you can come in later the next day, no problem... I am also free to change the order of my tasks.’

The surveyed cooperatives and social enterprises made good use of new technologies to facilitate flexible ways of working, such as allowing employees to work remotely.

Balancing work and life is important, but what about pay? This is a key factor for most of us before taking a decision on a new job. We asked cooperative and social enterprise workers about their pay, and most of them told us that they were paid well compared to other organisations. However, this largely depends on the type of organisation they work for and where they live. In Italy, for example, most workers believed that they were not paid appropriately. Workers in cooperatives were more satisfied with their pay than those in social enterprises.

‘The organisation’s policy is to offer wages comparable to other organisations and in line with the sectoral collective agreement. There is a profit-sharing scheme aiming at paying an extra monthly wage each year and two days extra leave per year.’

It seems that the nature of their work, independence and autonomy over tasks makes a difference for many workers that can offset pay limitations.

‘The positive side is that the job is interesting,

and I can propose and manage the ideas that I believe in.’

Most of the organisations surveyed pay bonuses or dividends and performance pay incentives on top of their basic salary, while others offer non-financial rewards – such as travel vouchers or additional medical benefits. In most organisations, pay differences were not based on ratios between managers and workers, but were rather dependent on the work-role. In some, the highest pay was around 2.5 to 3 times more than the lowest and could not go higher. Other organisations had agreed among their members that everyone would have the same pay.

Consistent with the values of these organisations, job security was rated very highly by the workers. For many of them, this job security depends on the commercial success of their organisation. They are also able to balance jobs and wages, particularly during adverse times. It is notable that during the financial crisis many cooperatives and social enterprises were faced with the hard choice to lay people off or reduce wages or working time; decisions were agreed with workers and often made for the benefit of those that were most vulnerable.

‘Managers gave us all the information ... we organised an assembly and we decided, voluntarily to accept the pay cuts … because we did not want anybody to be fired… Managers also decided to adjust their budget and their earnings.’

If the European Pillar gives us a vision of the society that we would have in Europe, cooperatives and social enterprises give us an alternative, complementary and positive way of producing in the economy. 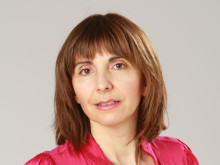 ​Stavroula Demetriades is senior research manager in the Employment unit. She has responsibility for research in the areas of innovation, workplace... Show more

A common understanding of labour market segmentation is necessary to tackle poor quality jobs with lack of opportunities, affecting especially young people, women, immigrants and lower-educated individuals on the labour market. A new ambitious report explores why segmentation is problematic and identifies policy approaches which could be helpful in tackling this phenomenon.

Platform work is still small in scale in Europe, but it is increasing – and this not only in terms of the number of platforms, workers and tasks, but also the diversity of business models, matching mechanisms and types of tasks that are mediated through an online platform or an app.