We hear more and more about the platform economy, with the debate often revolving around the potential long-term implications of its growth on the labour market and the impact on traditional and established businesses and industries. There has been increasing calls for a legislative response at European and national level, but what information do we have for evidence-based policy making? Attempts at estimating the size of the platform economy go back to when these platforms were in their infancy, but conclusions have been diverse. Eurofound has now published a working paper to sketch out what we know so far, and to discuss options for the immediate future.

What is the platform economy?

One of the most seemingly straightforward differentiations is between capital platforms facilitating the selling of goods or renting of assets and labour platforms matching supply and demand for paid labour. But looking closely this distinction is blurred as there is a labour market dimension also in assets-based platforms. An Airbnb host may be both a property manager and a home owner.

Beyond the ongoing debate on how to best label and define the platform economy, everyone can agree that this is a very fast-changing economy where platforms are moving targets, changing quickly, expanding to new markets or quickly disappearing. For this reason, any platform categorisation should be kept as open as possible and reflect its ever-evolving nature. Equally important is to understand how different segments of the platform economy relate to one another (for example platform work, digital economy and so on), instead of investigating and measuring them in isolation.

There is no shortage of surveys measuring the size of the platform economy, or rather parts of it. Many have been attempts to measure specifically the size of the workforce engaged in platform work. What is measured and how this is done can vary across surveys, making difficult comparability of estimates.

Many private agencies and national statistical offices in Europe and beyond have carried out one-off or pilot surveys to estimate the number of people engaging in the platform economy as either consumers or service providers, but concretely measuring the platform economy has turned out to be a minefield for a host of different reasons. To name just a few of the outstanding issues, many surveys are web-based, often rely on relatively small samples and typically resort to unconventional sampling techniques. This compromises survey representativeness, meaning the estimates are indicative at best. It is also challenging to formulate questions that respondents can relate to and then choose an appropriate timeframe for the questions.

The use of big data offers ways to enrich the data collection from surveys, but many caveats apply. For example, big data sources are unstructured, unrepresentative and require much statistical effort to be processed. Also, compliance with GDPR rules can be challenging; there are ethical concerns and data protection issues arising from the collection and processing of big data. This is an unchartered territory that would require more clarity and attention from legislators.

No hard numbers exist for the size of the platform economy but the evidence available points to a fast-growing phenomenon.

In the US, JPMorgan Chase analysis of checking account customers in late 2015 estimated that about 1% of American adults had earned an income from the platform economy (including both capital and labour platforms) in a given month. Labour platforms are growing at a faster rate than capital platforms, which, however, continue to be significantly larger. A 2018 update confirmed that participation in the platform economy has continued to grow, with the transportation sector leading in terms of number of participants and total volume of transactions.

A European Commission flash Eurobarometer survey conducted in 2016 found that 17% of EU respondents had used a ‘collaborative platform’ for a wide range of services – from renting accommodation and car sharing to small household jobs – at some stage as a service provider or client. Of the group of respondents who had used such platforms, 5% said they also offered their services every month.

Using data extrapolation and relying on secondary data, another EU study (Vaughan and Daverio, 2016) estimated that the platform economy, including labour and capital platforms, generated revenues of €3.6 billion in the EU in 2015 (less than 0.1% of EU GDP) and facilitated transactions of around €28 billion.

Narrowing the focus on platform work, a survey of nearly 39,000 internet users in 16 EU Member States (COLLEEM II of the Joint Research Centre of the European Commission) estimated that in 2018 only a small proportion of the working age population – on average about 1.4% – engages in platform work as a main form of employment. These are respondents who claim to work more than 20 hours a week or earn at least half of their income providing services via online labour platforms. For many others platform work remains only a sporadic (2.4%), marginal (3.1%) or secondary (4.1%) form of employment.

All in all, the available evidence tells us that the platform economy is growing at a fast rate. But there is a need to add on to the knowledge base and generate reliable estimates on an ongoing basis to inform sound policymaking and make the most of this growing phenomenon.

This blog is also available on the Eurofound website. 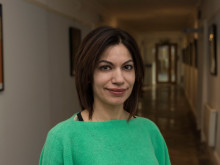 Sara Riso is a Research Manager at Eurofound, Dublin. She joined Eurofound in 2006 and since then she has been involved in several research projects in... Show more

Potential of platform work may depend on greater protection of workers

Platform work across the European Union can facilitate better access to the labour market for disadvantaged groups, encourage participation among those with other responsibilities and foster self-employment and entrepreneurship. Eurofound’s new policy brief highlights the main opportunities and challenges of platform work and illustrates some of the first attempts at addressing them.

Platform work is still small in scale in Europe, but it is increasing – and this not only in terms of the number of platforms, workers and tasks, but also the diversity of business models, matching mechanisms and types of tasks that are mediated through an online platform or an app.