'I have no problem with migrants', said the man at the side of the football pitch. 'Except that they have so many children and they can't speak English properly'.

'Like me' said my husband, gesturing to his four offspring and exaggerating his heavy accent.

You're French, you're fine…

I've thought about this interaction recently as we mark 60 years of the European Union. And it strikes me that in that very short encounter lies the very essence of the European story.

The process of integration and cooperation and the values of solidarity, equality and unity are so clearly manifest in the way this man saw my French husband as an ally, as one with him, a member of the bigger European family of which we are all part.

But not so long ago, our families might not have been at all, 'fine'. In different places across Europe, being French - or anything else - might have been very un-fine indeed.

In fact in 1942, my husband's grandfather was 44 when the man beside him was shot through the head by their own resistance fighters who mistook them for approaching German soldiers. Spattered in blood and brains he drove the dead body back to their tiny French village and handed him over to the five, now fatherless, children.

Across the sea in the far north of Scotland my grandmother watched one, then two, of her beloved brothers depart the small highland croft, climb the hill and start the long journey south to join the walk to war … One drowned at sea; the other killed by a sniper, alone, far from home, in a country she had never seen.

At about the same time in Belfast, two young girls moved into my father's family home. His mother had channelled them clandestinely over the continent and across the sea. They were German, Jewish, and their parents had disappeared. He remembered them as so frightened and alone.

This is the Europe our grandparents inherited. These are the stories of a fractured continent, where some of the most vulnerable were most exposed, where differences were what defined and divided people. It was a Europe heaving with pain and suffering.

But there was also great courage and commitment - and from that a new Europe grew. It is this Europe that our children know today.

They know the freedom to travel, work and study in every city across the continent. They know they are free to think what they wish, to say what they believe, to be who they want. They have known almost entirely uninterrupted upward convergence of their living and working conditions, they have known unprecedented growth, and opportunities and options that are unparalleled.

And they know peace.

But as the other part of that earlier conversation at the side of football pitch revealed so clearly, this is far from the end of the story – there is still much to be done.

We cannot accept that some countries are more equal than others. That the ‘French are fine’ and others are not.

We cannot allow discrimination to creep in once more - where the success of some flows only from the loss of solidarity with others. We must not let difference be what defines us. We must continue to protect and defend those who are most vulnerable and embrace an inclusive and generous integration of people beyond our borders suffering the very same horrors as the ones our grandparents endured.

Through the Union, they wrought a stronger, better and fairer future for us and for our children. How we in turn shape this changing story will define our generation. We will indeed, as President Juncker said, be judged by what we leave behind.

Head of Information and Communication 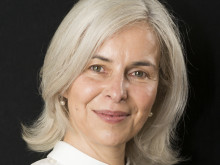 Europe Day 2017: Eurofound staff explains what Europe means to them to commemorate the 60th Anniversary of the Treaty of Rome #EU60

Europe Day 2017: Eurofound staff explains what Europe means to them to commemorate the 60th Anniversary of the Treaty of Rome #EU60