The financial situation of people in Luxembourg is significantly better than the EU average with 11.3% of respondents reporting difficulties in making ends meet in February and March 2021, well below the EU average, according to Eurofound’s large-scale Living, working and COVID-19 online survey. This is the third lowest figure among EU Member States with the EU average at 23.6%, just behind Denmark and Sweden. For Luxembourg, the percentage of people struggling financially has decreased from 16.8%, recorded last summer.

The recently published report Living, working and COVID-19 (Update April 2021): Mental health and trust decline across EU as pandemic enters another year finds that respondents who were already in a more precarious situation report significant difficulties making ends meet. This relates to, for example, people who requested financial support but did not receive it, who are unemployed or retired, or who lost their job during the pandemic. Luxembourg reports the lowest number in relation to the latter among EU Member States[1], according to Eurofound.

Respondents who lost their job (of those who were employed before the pandemic) by country, EU27 (%)

When asked about the past three months, 7.7% of respondents from the Grand Duchy indicated their financial situation had got worse. This is the lowest figure for the EU, where the average is 26.3%. Additionally, this has decreased considerably since the onset of the pandemic in March 2020, when almost one in five people in Luxembourg (19.1%) said their finances had worsened. Similarly, looking ahead, while 23.2% of respondents in the EU say they expect their financial situation to decline in the next three months, only 9% expect this to be the case in Luxembourg.

In the area of working conditions, Eurofound’s Working life highlights 2020 for Luxembourg shows that the Grand Duchy and its social partners responded to the COVID-19 pandemic by adapting working hours in ‘frontline’ sectors; creating the JobSwitch platform to meet the needs of businesses and allowing employees to move from one company to another for a fixed period of time during the crisis; as well as opening the economy up to more widespread telework.

Particularly in relation to telework in spring 2021, Eurofound’s Living, Working and COVID-19 survey finds an increase in the proportion of people combining working from the employer’s premises and from home – a mode of work that was markedly more common in western than in eastern Member States, notably Austria, Finland, France, Luxembourg, Malta and the Netherlands. Over half of respondents in Luxembourg (55.9%) reported having worked from home, as compared to the EU average of 42.2%. 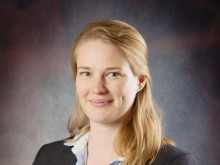