(Dublin, Ireland): The European Restructuring Monitor (ERM) recorded a total of 345 cases of restructuring between 1 October and 31 December 2013. Of these, 230 were cases of announced restructuring involving job loss, 104 were cases involving announced job creation and 11 were cases involving both job loss and job creation. The biggest single case of job loss was that of Poctza Polska (the Polish national mail operator) which announced 4,000 voluntary redundancies in 2014, following similar levels of personnel reduction in 2012 and 2013. The troubled Italian bank, Monte dei Paschi di Siena, announced the closure of 150 branches in Italy with 3,300 job losses by the end of 2014.

The new edition of the ERM quarterly provides a sector focus on US online retailer Amazon’s expansion in central and Eastern Europe, following the announcement of over 6,000 new jobs in four new Amazon distribution centres in Poland and the Czech Republic. The report also includes brief news items on the closure of Ràdio Televisió Valenciana (RTVV), the regional Spanish broadcaster, in November 2013, and Liepajas Metalurgs (LM), the largest steel producer in the Baltics, that filed for bankruptcy with the loss of 1,500 jobs.  The final feature outlines some of the public initiatives that have been assisting Greek employers during the period of readjustment since the economic and financial crisis post 2008

The European Restructuring Monitor (ERM) is a unique EU-wide dataset on larger-scale restructuring events, It monitors the announced employment effects of restructuring in the EU28 and Norway. The ERM is updated on a daily basis and can serve to identify emerging restructuring trends in terms of country, sector or type of restructuring (eg. offshoring). The monitor relies on news reports in selected media titles in each member state. To date, it includes details of over 16,000 individual restructuring cases going back to 2002. 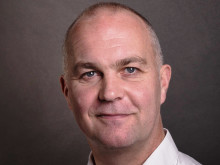 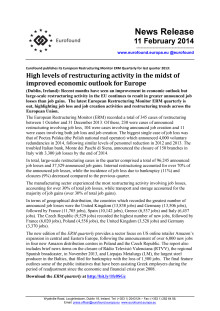