(Dublin, Ireland): New technologies, labour market segmentation and a blurring of work and private life are making the world of work ever more complex. This is the background against which the overview report of the pan-European sixth European Working Conditions Survey is launched at the European Parliament in Brussels today. It shows an increasingly skilled workforce, largely satisfied with work, enjoying improved working time arrangements and greater equality between women and men. But beneath the surface is a diverse and heterogeneous labour market, where one in five workers has a poor quality job.

For example, the report reveals that while there has been some improvement in the physical environment index, a significant proportion of workers still remains exposed to physical risks in their jobs - in particular posture-related risks (62%) - while adverse social behaviour is experienced by 16% of workers and more than one third of workers report some or great difficulty in making ends meet. Almost two in five workers (37%) in the EU work to tight deadlines all or most of the time, while one in three reports working at high speed all of the time or almost all of the time. Lines between work and home life are also increasingly blurred, with one in five (22%) workers reporting that they work outside of working hours several times per month in order to meet demands.

In order to capture the diversity of what it means to work in Europe, the EWCS clustered jobs into five distinct groups. One in five workers has a poor quality job with disadvantageous job quality features and job holders tending to have a low level of education and reporting an unsatisfactory experience of working life. 13% of workers in Europe have under pressure jobs where, despite scoring positively in terms of earnings, skills use and prospects, they have poorer levels of social support, higher incidence of adverse social behaviour, and high work intensity. Around a quarter of workers have a smooth running job where most dimensions of job quality are satisfactory. One in five workers has an active manual job, which has a good social environment, prospects and earnings, but high physical demands and work intensity. Finally, one in five workers has a high flying job which, except for work intensity and longer working hours, is positive in all respects.

Reacting to the release of the report, Eurofound Director Juan Menéndez-Valdés said, ‘Having a job is of most importance, but job quality also matters to people´s health and wellbeing. It is crucial to make work sustainable in longer working lives. It plays a key role in enhancing productivity and more importantly the day to day quality of life of hundreds of millions of European citizens; in this context the sixth European Working Conditions Survey is an essential resource for policymakers, both in Europe and further afield.’

Eurofound has been monitoring working conditions in Europe for 25 years and the sixth EWCS covers 35 European countries, which include the EU28, EU candidate countries, Norway and Switzerland. In total 43,850 workers, both employees and self-employed, were interviewed for the survey simultaneously. They were asked about their employment conditions, working hours, exposure to risks, work organisation, skills use and autonomy, work–life balance, health and well-being, and more.

Find out what it is like to work in Europe:

World Day for Safety and Health at Work

This Friday (28 April) is World Day for Safety and Health at Work. This year's campaign focuses on the need for countries to improve their capacity to collect and utilise reliable occupational safety and health data. 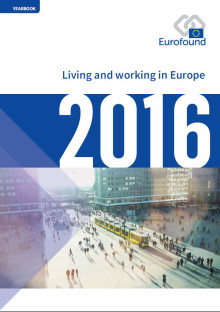 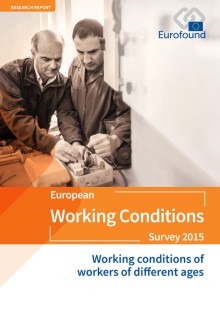 ​The new report on Working conditions of workers of different ages uses data from the latest European Working Conditions Survey in order analyse the different factors contributing to workers deciding to continue working in later life.

European Statistics Day: Get your facts straight with Eurofound

​In this new blog piece Mathijn Wilkens looks at the multi-faceted nature of self-employment in Europe – from the entrepreneurial independent self-employed, to those that find themselves in a more vulnerable position. 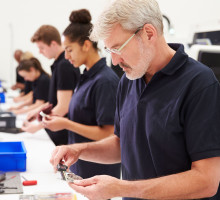