Despite the implicit assumption stemming from many EU policy documents that European economic integration should lead to some degree of convergence between countries, studies adopting an EU-wide approach to mapping trends in income disparities remain surprisingly sparse. These are, however, especially necessary when the process of European integration has first been accelerated by the adoption of the euro and EU enlargement towards the East and then dramatically put to the test by the uneven impact of the Great Recession across Europe. The latest report Income inequalities and employment patterns in Europe before and after the Great Recession helps to fill in this gap by mapping income inequalities from a truly EU-wide perspective between 2004-2013.

Adopting an EU-wide perspective on income inequality requires considering income levels across European countries as part of a single EU-wide income distribution which reflects income disparities both between and within Member States. This is done in figure 1 (above) showing the percentage of European individuals aged 15-64 (vertical axis) reporting different levels of equivalised household disposable income (horizontal axis). For instance, around 4.5% of Europeans of working age have an (equivalised) household disposable income between €10,000 and €11,000 per year.

A detailed picture of the income convergence process between countries is provided by figure 2, which depicts relative average household disposable income levels in comparable terms and their change before and after the crisis: 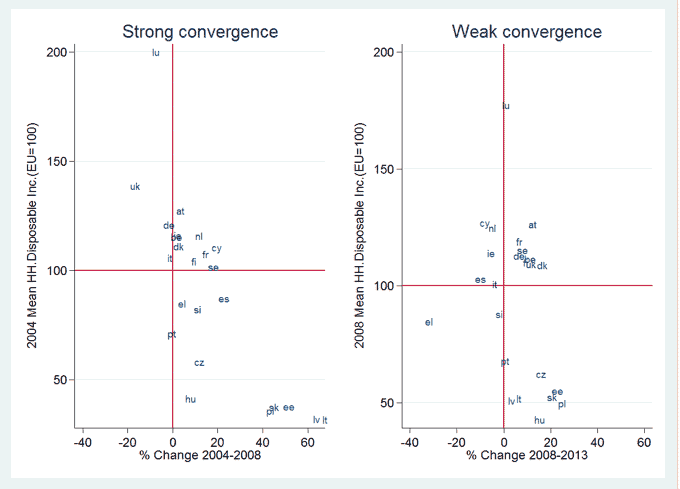 Table 2 compares trends in income inequalities across countries before and after the effect of the public tax and benefit system is considered. Two main insights emerge.

The first is that the Great Recession pushed market income inequalities upwards across almost all countries, and the main driver was labour income losses associated with unemployment. This is reflected by the fact that those countries most affected by growing unemployment between 2008 and 2013 are among those that suffered the largest surges in market inequalities (Mediterranean countries generally and Ireland), while the contrary applies to the European core countries generally (such as Germany, France, Austria, Luxembourg and the UK). Although not shown in the figure, the same labour market turbulences pushing market income inequalities upwards resulted in relatively stable levels of wage inequality (and even declining in some of the countries most hit by unemployment as Greece), since lower-paid employees were more likely to lose their job than the rest.

The second is that the redistributive effect of European welfare states largely cushioned these growing inequalities, as reflected by significantly larger inequality increases in household market income than in household disposable income across several countries (Mediterranean countries generally, Latvia, Belgium, Netherlands, Finland and the UK).

Household disposable income inequalities expanded in two-thirds of EU Member States between 2008 and 2013, and not only in peripheral countries severely impacted by the Great Recession but as well in some traditionally more egalitarian countries in the European core (Germany or Sweden). However, the increases have been quite moderate and only above 10% in seven countries (Cyprus, Hungary, Estonia, Denmark, Slovenia, Spain and Ireland). On the contrary, household disposable income inequalities fell in one third of the countries over the same period (Luxembourg, Latvia, Lithuania, Poland, the UK, France, The Netherlands and Portugal).

Overall, the Great Recession reversed previous trends and pushed income inequalities upwards across most European countries largely due to growing unemployment, while EU-wide inequalities increased partially due to the income convergence between countries stalling. Nevertheless, the surges in income inequalities were generally moderate largely as a result of the cushioning impact of European tax and benefit systems. 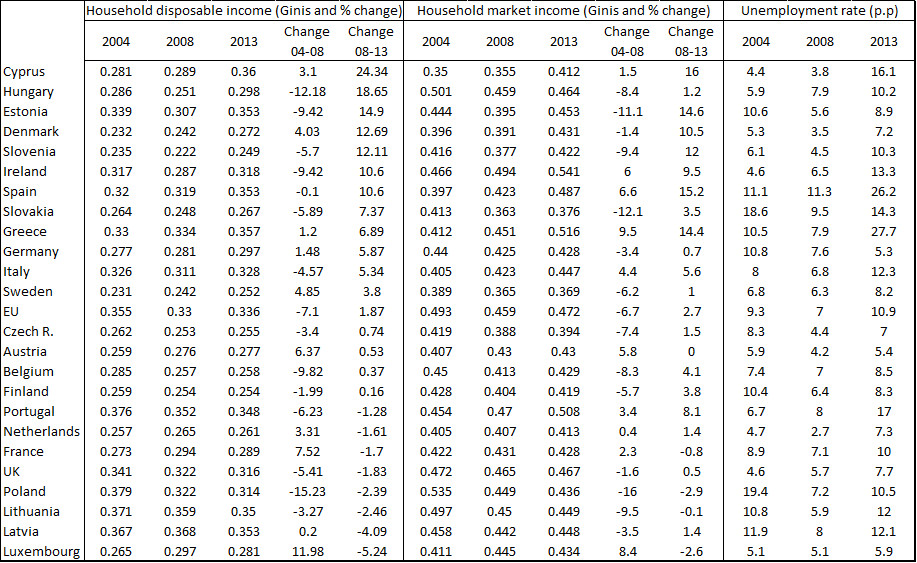 Table 2. Income inequalities and unemployment across European countries (Source: EU-SILC). Countries have been ranked by the relative increase in household disposable income inequalities in the period 2008-2013.

This blog is based on the report Income inequalities and employment patterns in Europe before and after the Great Recession.

Jobs recovery and role of offshoring

Overall in the EU, employment has finally recovered to pre-economic crisis levels. The annual report from Eurofound’s European Restructuring Monitor (ERM) Globalisation slowdown? Recent evidence of offshoring and reshoring in Europe describes the nature of this recovery – in particular, indicating the sectors that have gained and lost jobs. It also examines the offshoring of production to countrie

Putting a gender spotlight on living and working in Europe

8 March is International Women’s Day. The day marks the wide-scale progress made towards achieving gender equality and combating gender-based injustice, but also serves as an important impetus to ensure the spotlight remains on continued work towards realising these goals across the globe.

Labour market slack is the shortfall between the volume of work desired by workers and the actual volume of work available. The aim of this report is to develop a more nuanced estimate of labour slack using EU Labour Force Survey data, which allows involuntary part-timers and inactive people with some labour market attachment to be identified and quantified.

The growth in average (nominal) pay of employees has accelerated in recent years in EU countries after a slump following the economic crisis (AMECO data). Similar developments show up in data on collectively agreed wages. However, higher wage growth figures do not automatically mean that all employees benefit equally