Eurofound has published updated monthly comparable data, converted to euro and standardised across 12 months, for 21 EU Member States and the United Kingdom for 2021.

Despite the unusually tough economic and labour market conditions, most EU Member States made nominal and real increases to their minimum wages in 2020 and early 2021. Some countries lived up to earlier promises or pre-agreements, while other countries strayed somewhat off their original path but still maintained the overall trend of increasing minimum wages in line with other wages. Although most countries were cautious in the level of increase granted, low inflation rates meant that the value of minimum wages still went up beyond rises in consumer prices.

Speaking on the publishing of the data, Christine Aumayr-Pintar, Senior Research Manager, said: 'For the time being, at least, we can see that the policy response in the context of the COVID-19 pandemic is distinct from the approach taken during the global financial crisis, when a greater number of countries moved quickly to freeze nominal minimum wages.' 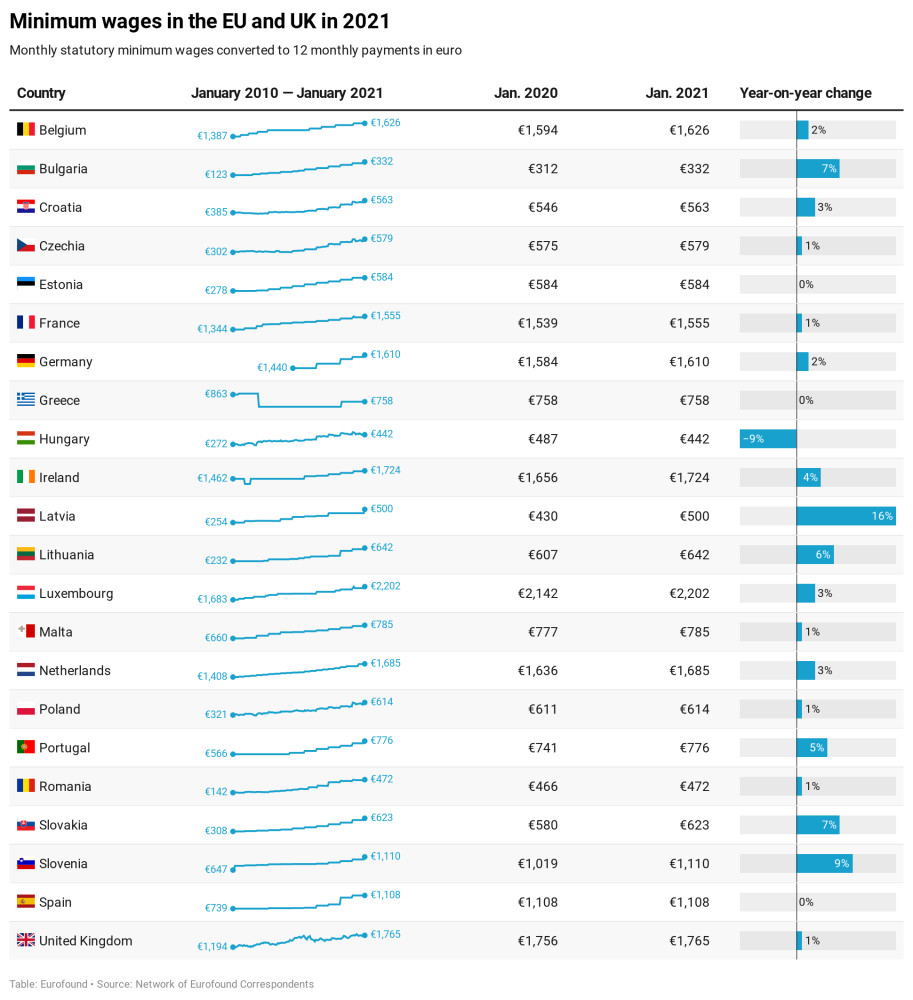 Figures represent the minimum wage applicable on 1 January of the given reference year.

In light of the UK’s withdrawal from the European Union on 31 January 2020, it should be noted that data published on the Eurofound website may include the 28 EU Member States, as the UK was covered in earlier research. This will be progressively amended to reflect the current composition of the 27 EU Member States.