Despite falling levels of trust across Europe in the first weeks of the COVID-19 pandemic, trust in the national government in Slovakia remains on a par with the EU27 average, at a rate of 4.8. Conversely, Slovakian people demonstrated lower levels of trust in institutions such as the news media, police, healthcare and European Union, which all ranked below the EU average. The latter at 4.2 compared to the EU average of 4.6.

The first results from Eurofound’s Living, working and COVID-19 online survey show a Europe grappling to respond to the crisis caused by the COVID-19 pandemic, with many respondents reporting high levels of loneliness coupled with low levels of optimism about their future. People across the EU are also reporting very low levels of trust in the EU and in their national governments. The survey collected over 85,000 respondents to date with 1,679 completed responses from Slovakia.

The WHO Mental well-being index measures how people felt over the previous two weeks based on five statements of positive feelings. Slovakian respondents scored 50 on the mental well-being scale of 0-100 – similar to the EU average of 49.

Speaking about the survey findings, Silvia Gregorcova, Main State Counsellor, Ministry of Labour, Social Affairs and Family, said ‘The COVID-19 pandemic has had a devastating impact on health, quality of life and employment throughout Europe. However, it is encouraging that Slovakian trust in national government has remained stable and equal to the EU average during these turbulent times.’

Martin Hošták, Secretary, National Union of Employers (RUZ), said, ‘People must get back to work, albeit in a safe and healthy environment, especially in sectors with proper equipment and safe infrastructure to do so. We must all have confidence that the economy will recover and grow.’

Miroslav Hajnos, Specialist - European and International Relations, Confederation of Trade Unions of the Slovak Republic (KOZ SR), said, ‘COVID-19 has had a devastating impact on employment throughout Europe. Eurofound’s figures show that over 22% of Slovakian workers have reported being made permanently or temporarily unemployed during the crisis.’ 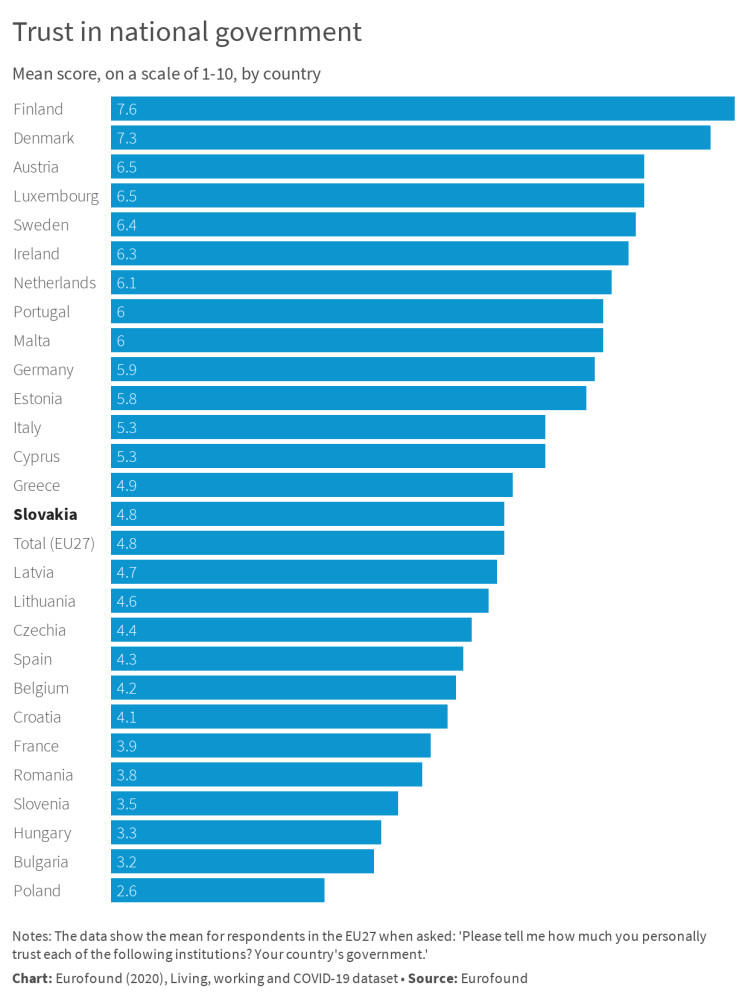 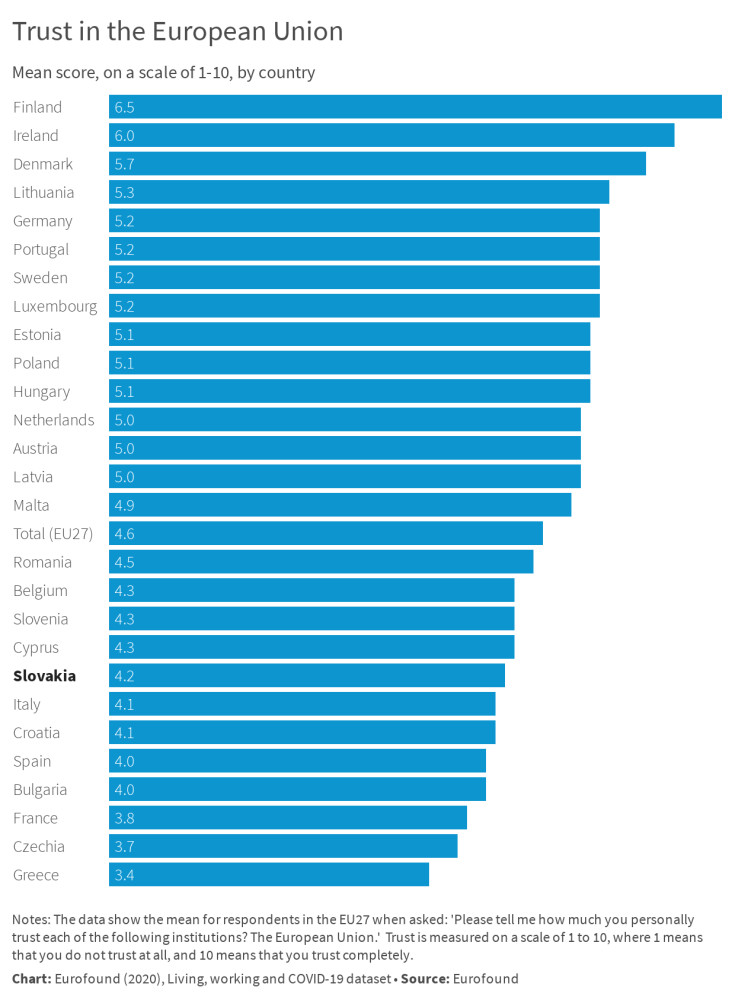 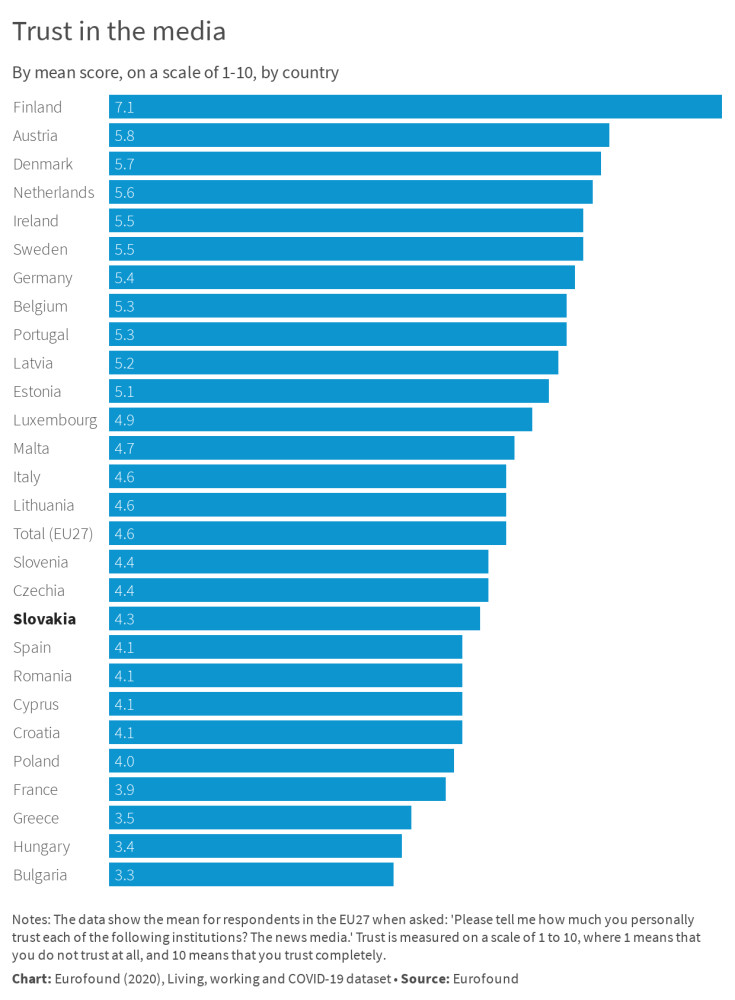 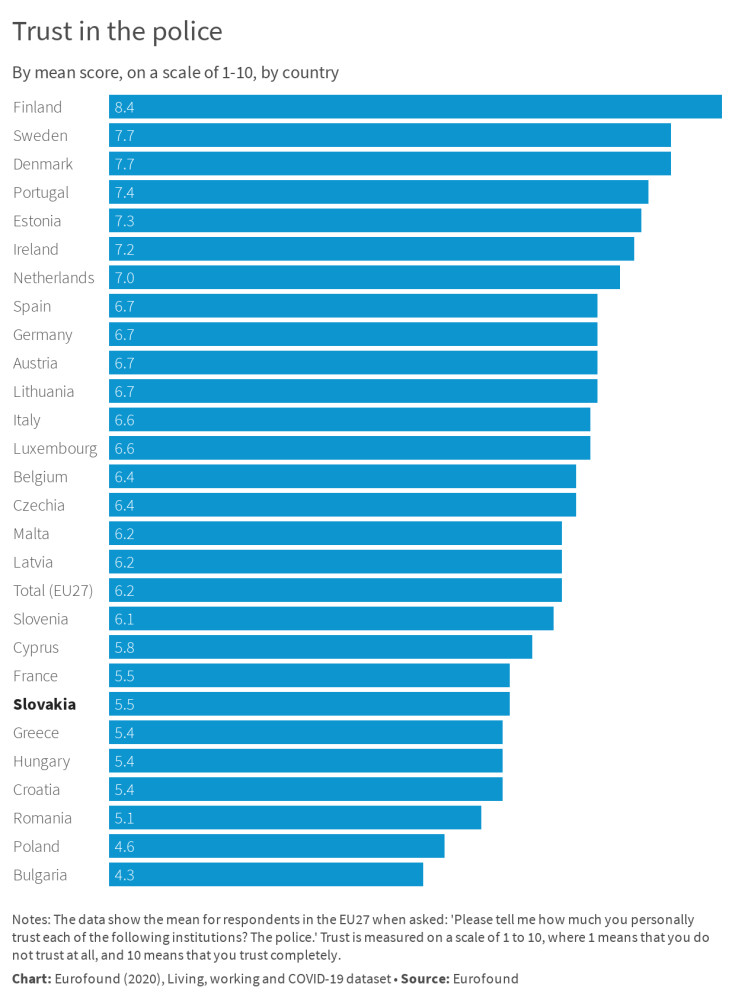 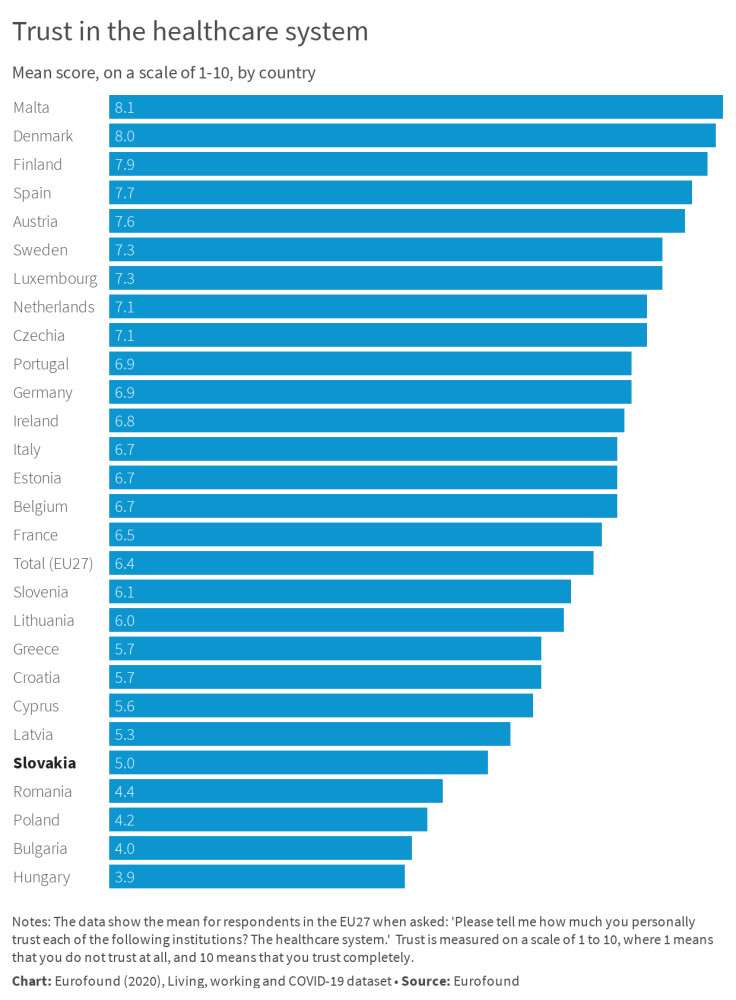 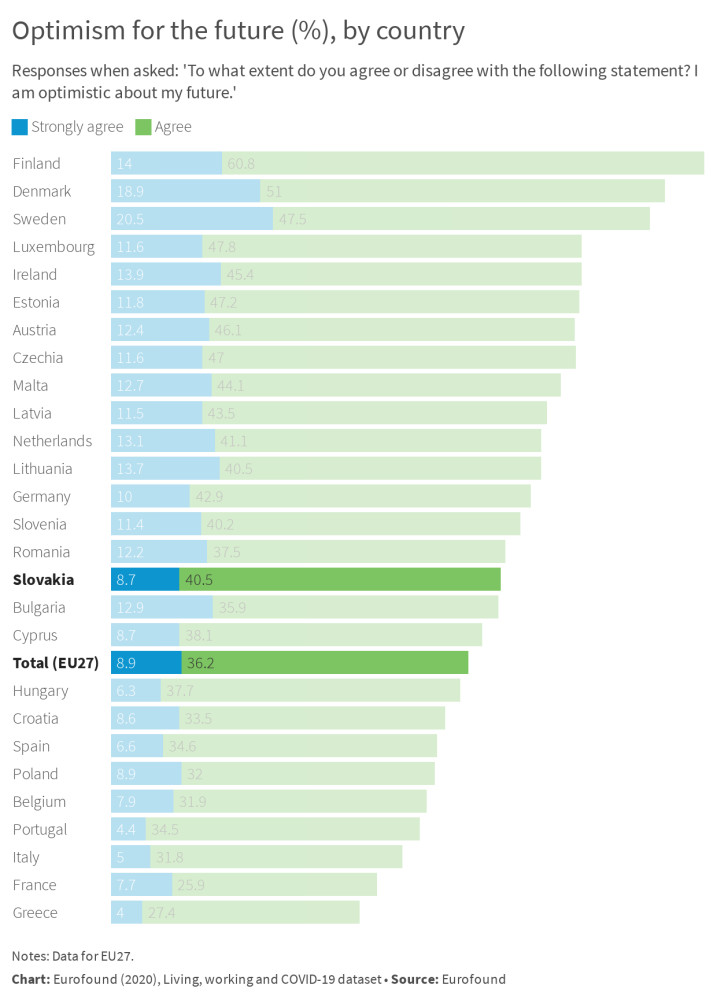 This news piece was updated on 10 June in order to reflect updated calculations on the WHO-5 mental well-being index.

Trust in institutions such as the news media, national government, European Union, healthcare system and Gardaí has remained comparably high in Ireland during the COVID-19 pandemic, despite dropping levels of trust across Europe.

People in Italy reported both the third lowest optimism for the future, and fourth lowest mental well-being, in the EU in Eurofound’s Living, working and COVID-19 online survey. The survey amassed over 85,000 responses in April, including 2,676 from Italy.

The high levels of resilience reported by the Netherlands may be of long-term benefit to the country as the outbreak of the Coronavirus (COVID-19) pandemic continues to present enormous social, economic and health challenges. The Netherlands reports the highest level of resilience across the EU, with just 17% of respondents reporting difficulty managing their lives when things go wrong.

The Coronavirus (COVID-19) could expose existing shortcomings in employment arrangements and social protection in Europe, particularly for some workers in non-standard employment and vulnerable self-employed groups – who are more likely to be at risk of poverty and the impacts of economic shocks.

On Europe Day 2020, the EU institutions want to pay tribute through numerous online activities to the many Europeans who, in a spirit of solidarity, are helping our Union get through the coronavirus crisis.

Eurofound's analysis of the 2016 European Quality of Life Survey shows that in many countries decline in trust in institutions was a temporary phenomenon during the recession that followed the 2008 financial crisis.