The social partners across Europe are not participating in the European Semester as was originally envisaged, even after the 2015 revamp of the process that aimed to encourage their greater involvement in the drafting of the national reform programmes (NRPs).

This is the main finding of a recent report from Eurofound, which is an update of a report from last year, where the social partners’ participation in the European Semester of 2015–2016 is compared with that of 2011–2014. According to the findings, significant differences remain in the quality and effectiveness of the involvement of the social partners from different Member States. While the social partners in some countries reported improvements in certain aspects of the latest cycle of the Semester, most reported that there had been no relevant change in their input into the development and adoption of the NRPs. A few even expressed concern that it had deteriorated.

Read the report: Involvement of the social partners in the European Semester: 2016 update

The importance of collective bargaining in establishing working time in Europe 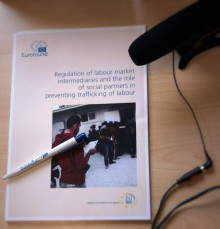 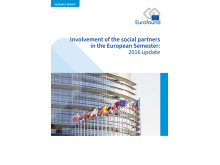