25 March marks 60 years since the signing of the Treaty establishing the European Economic Community, known as the Treaty of Rome. A seminal document, largely dedicated to economic integration and prosperity, it also enshrined the broader concepts of peace and equality. By bringing together European economies it ensured harmonious development, began a process of upward convergence and copper-fastened the bonds of solidarity between Europeans. In this way it it laid the foundations for the modern European Union and paved the way for the improvement of living and working conditions across Europe, which is the heart of Eurofound’s work still today.

The Treaty set about establishing a common market and customs union between signatories Belgium, France, Italy, Luxembourg, the Netherlands and West Germany and laid the basis for the ‘four freedoms’ on which the EU is built; the free movement of persons, services, goods and capital. And across these decades as Europe has evolved, evidence-based policies have been increasingly required in order to promote the upward convergence of the living and working conditions of the 500 million people living within the EU’s borders, and to ensure Europe’s continued economic development.

Although our research reflects the complexities of modern Europe, the values behind our work, whether it is on industrial relations, labour market change, monitoring convergence, quality of life and public services, working conditions and sustainable work; or even the digital age, can be traced back to the signing of the Treaty of Rome on 25 March 1957.

When EU leaders meet on the 60th anniversary of the Treaty this Saturday in Rome they will not only reflect on the past, they will also look to the future of Europe. Whatever path the EU embarks upon, the principles of peace, solidarity and prosperity contained in the Treaty of Rome will continue to play their part. Likewise, Eurofound will continue to deliver on its mandate as it provides scientifically-sound, unbiased, timely and relevant knowledge to assist in the development of better of social, employment and work-related policies in Europe.

Overview and list of events: 60 years of the Rome Treaties

The past: The history of the European Union

The future: White Paper on the future of Europe 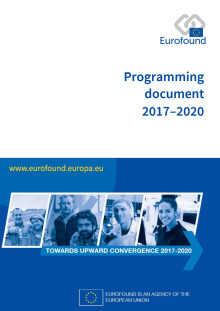 Eurofound has launched its new work programme for 2017 to 2020. This document sets out the activities the Agency plans to undertake in the next four years to support European decision-makers in formulating effective policies for the improvement of quality of life and work in a fair and competitive Europe during this challenging period. 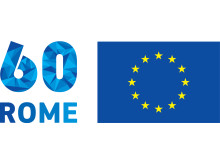