(DUBLIN, IRELAND/GENEVA, SWITZERLAND): Despite differences in economic structure, labour markets and development, a pioneering study of the working conditions and job quality of 1.2 billion workers finds common concerns and challenges across 41 countries and four continents. In particular, women across the globe continue to earn significantly less than men overall, to work more hours than men overall and to experience significant occupational and job-related inequalities. Indeed, job quality varies greatly across occupations for workers in all countries. Job insecurity is widespread and exposure to physical risks is frequent. Notwithstanding, about 70% of all workers still report a largely supportive social environment at work. These are the findings from a new report – a collaboration between the International Labour Organization and Eurofound – which provides a comparative analysis of job quality for workers across Europe, Asia and the Americas.

While the report places a timely spotlight on the particularly adverse context for women at work across the globe, all categories of workers face challenges, as the data on the different dimensions of job quality make clear. Exposure to physical risks, for example is frequent. More than half of workers in the regions and countries covered are exposed to repetitive hand and arm movements, making it the most reported physical risk. One-quarter or more of workers are frequently exposed to high temperatures at work and a similar proportion report exposure to low temperatures. Between one-fifth and one-third of workers report loud noise.

‘Job quality can be improved - by reducing excessive demands on workers and limiting their exposure to risks – and also by increasing their access to work resources that help in achieving work goals or mitigate the effects of these demands,’ says Juan Menéndez-Valdés, Eurofound’s Executive Director. ‘Workers and employers and their organisations each have a role to play in improving job quality since social dialogue is critical for devising policies in the workplace and beyond. Public authorities should regulate with the common goal of improving job quality in mind.’

“Good working conditions contribute to the well-being of workers and the success of enterprises,” said Manuela Tomei, Director of the ILO’s Workquality Department. “Understanding the issues that affect the well-being and productivity of working women and men is a critical step towards achieving decent work for all. This is particularly true at a time when new technologies and new forms of work organisation are reshaping the world of work.”

Between a third and half of all workers covered also experience intensive work, such as tight deadlines and high-speed work and up to 40% of workers have jobs with high emotional demands.

Differences in working time quality among countries are stark however: whereas one-sixth of workers in EU countries work more than 48 hours per week, in the Republic of Korea, Turkey and Chile around half of workers do so. Across the countries, at least 10% of workers work during their free time and while in most countries, men report longer hours of paid work than women. When hours of unpaid work are included then, without exception women work longer hours than men. Across the countries, women also earn significantly less than men and are over-represented at the lowest end of the earnings distribution.

Regarding prospects, job insecurity is widespread, with between 4% in the Republic of Korea and 27% in Uruguay report that they might lose their job in the next six months. Similar levels of job insecurity were reported for Europe and Turkey (respectively 16% and 15%); and 10% in the USA. On the positive side, between 30% and 60% report that their job offers prospects for career advancement but across the world the least educated are those who receive the least access to further training or development.

This joint report offers a unique insight into aspects of job quality across the globe, looking at different countries and societies in an attempt to go beyond national explanations. The results underline the critical need for reliable data to support evidence-based policy-making to address the intransigent issues of gender and occupational inequalities at work.

This report provides a comparative analysis of job quality covering approximately 1.2. billion of the world’s workers in the EU28, China, the Republic of Korea, Turkey, the United States, Spanish-speaking Central America (Costa Rica, El Salvador, Guatemala, Honduras, Nicaragua and Panama), Argentina, Chile and Uruguay. It is the result of a pioneering project for the collection and analysis of data on working conditions around the world by the International Labour Organisation (ILO) and Eurofound, both tripartite agencies that aim to improve working conditions and the well-being of workers.

About the International Labour Organisation ILO

The International Labour Organization (ILO) is a United Nations agency whose mandate is to advance social justice and promote decent work by setting international labour standards. It is the only tripartite U.N. agency, and since 1919 the ILO brings together governments, employers and workers of 187 member States, to set labour standards, develop policies and devise programmes promoting decent work for all women and men.

For upcoming publications and events please see our Corporate Calendar 2019.

Harnessing the future potential of manufacturing in Europe

Manufacturing is set to be core to Europe’s future. More jobs will be created and growth will increase if certain economic and industrial changes are well managed over the coming years, according to new research from Eurofound.

EU, China, US will suffer economically from the re-emergence of protectionism

The EU, China, the US, Mexico and Canada, are projected to suffer economically from the re-emergence of economic protectionism, and a significant increase in trade tariffs. In the case of the EU, the bloc would experience a 1% contraction in GDP, a 0.3% lower rate of employment, and a 1.1% decrease in imports by 2030, compared to a ‘no new tariffs’ baseline scenario. 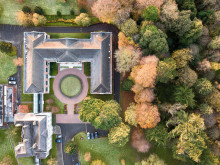 Foundation of a new era for Eurofound

On 26 May 1975 the Council passed Regulation (EEC) No 1365/75 on the creation of a new Agency that would aim to contribute to the planning and establishment of better living and working conditions. Now, almost 44 years later, the Founding Regulation of Eurofound gets a 21st Century update.

Economic rebound ushers in gradual recovery of trust in Europe

As citizens across the EU prepare to cast their vote in the European elections, the latest Living and working in Europe report from Eurofound looks at how work and life has changed in the EU since 2015.

Implementation of Paris Climate Agreement could boost EU GDP by 1.1%

The successful transition towards a low-carbon economy, as defined by the Paris Climate Agreement, is projected to result in a 1.1% growth in GDP, and a 0.5% growth in employment, in the EU between now and 2030. This is compared to a ‘business as usual’ baseline forecast.